Humans of New York – How I Approach People

Humans of New York – How I Approach People

Humans of New York is a modern phenomenon. Over the past few years Brandon Stanton’s blog has become one of the most fascinating things on the internet. Who’d have thought that photos of ordinary New Yorkers alongside a brief insight into their personal stories, would be so gripping? Here’s what Wikipedia has to say about it: Humans of New York (HONY) is a photoblog and bestselling book featuring street portraits and interviews collected in New York City. Started in November 2010 by photographer Brandon Stanton, over 6,000 portraits have been gathered thus far. In December 2013, Stanton was named one of Time Magazine’s 30 Under 30 People Changing The World. In this highly interesting and entertaining talk, Stanton reveals exactly how he gets strangers to reveal their deepest secrets....

Today I squeezed an elephant into a bottle. Yesterday I ran ten thousand leagues. Tomorrow I’m going to wrestle a gorilla. That’s my life, but it’s nothing compared to yours. 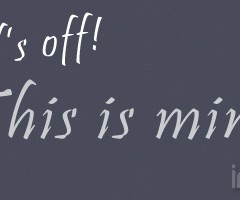 This Land Is Mine

I was listening to a song by Dido yesterday called "This Land is Mine" and it never fails to make me think about how I’m living my life. It’s a song about knowing your life belongs to you. 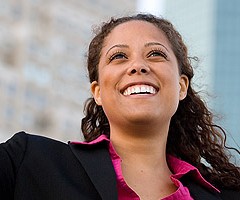 5 Ways to Improve Your Life

Some days we wake up feeling great. Like nothing can stop us from conquering the world. Other days aren’t so great. If you need a little help getting out of a rut or a negative cycle, here are 5 really effective techniques to improve your life. 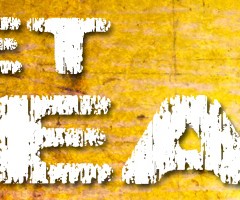 Get Real Today or Give Up Tomorrow

It’s time you stopped messing around. Stop dreaming about having a better car or a loving relationship and do something about it. You’re not getting anywhere by daydreaming. Today’s the day you need to put the pedal to the metal and drive all the way to your ideal life. 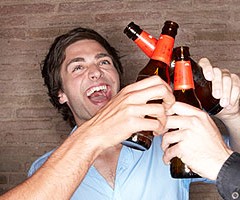 Why You Need Friends to Succeed

“A friend knows the song in your heart, and can sing it back to you when you have forgotten the words.”
Donna Roberts 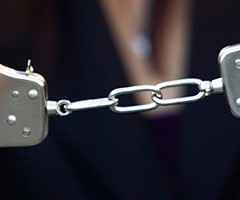 Do You Deserve Success?

Are you holding yourself back from your success because, deep down, you don’t feel that you deserve it? Are you pulling your punches, exactly when you should be swinging with all your might? 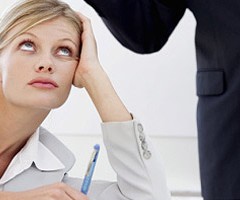 14 People You Need to Cut Out of Your Life

As you begin to discover your own personal power, you run the risk of attracting the wrong sort of people. The kind of people who deflect you from your life’s purpose. Here’s my guide to spotting the ones who will hold you back from your success.